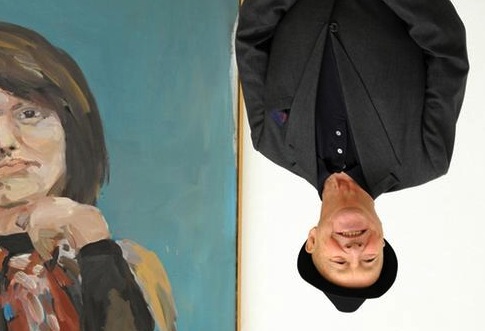 German cultural minister, Monika Grütters is embroiled in a controversy over her draft proposal for a Cultural Property Protection Act, which can have dire consequences as artists and collectors threaten to withdraw works on loan to German museums.

The draft proposes what many are viewing as draconian restrictions on imported cultural artifacts and a still more worrisome chokehold on the export of cultural assets over 50 years old or worth more than €150,000.

Leading the opposition, artist Georg Baselitz is withdrawing works that he has loaned to several German museums. And, while fellow artist Gerhard Richter says that he is waiting to see if the proposal becomes law before he will take action, other power players, like Mayen Beckmann (curator, author, and grand-daughter of the painter, Max Beckmann) and artist Günther Uecker are planning to withdraw loans from key German institutions.

What is more, in the face of future restrictions, important collectors who loan works to German museums are likely to take their collections and their business abroad, dealing the German art market a brutal blow.

What will a nuclear deal with Iran mean for art collectors and dealers? A better shopping experience!

Since the 1979 Islamic revolution the Iranian art market has been a morass of red tape: U.S. collectors, for instance, had to apply for a nearly impossible to obtain travel license from the U.S. Treasury Department’s Office of Foreign Assets Control in order to even set foot in the country..

Even then they couldn’t purchase art with a credit card or even a check; they had, instead to use cash or Iranian intermediaries. Less intrepid buyers would have to meet Iranian dealers at art fairs or court emigrant artists who settle in Europe or the US.

But now, in the face of a nuclear peace deal, managing director for Christie’s Middle East, Michael Jeha, expects the floodgates to open: “Iran has such a long history and tradition of making strong art,” he told the Wall Street Journal’s Kelly Crow, “and collectors around the world, especially in the U.S., will feel more comfortable buying it once there’s less stigma and hassle.”

ARTnews Owns it All and Peter Brant Owns ARTnews

In an interesting power play, publishing mogul, Peter Brant has sold three of his four titles, Art in America, Antiques, and Modern, to ARTNEWS S.A. for stock, making BMP Media Holdings the controlling shareholder in the publicly-traded company.

The new publishing megacorp will be rolled up into the ARTnews brand and content from all sources will be available on the digital platform, www.artnews.com.

ARTnews has stated, “the combined company will have a 52% market share in the U.S. print art magazines market, and a digital audience in excess of two million unique users per month”

“This merger gives the new ARTNEWS S.A. the necessary scale and market power to preserve and strengthen our leadership in the art media space going forward. We’ll continue to deliver the best in class audience to our advertisers and the most diverse high quality content to our readers – a streamlined print offering will be combined with a significant investment in digital expansion with the objective of establishing artnews.com as the number one digital destination for the art loving public in the North American and European markets,” said Izabela Depczyk, who will remain the CEO of ARTNEWS S.A.

Interview magazine is not part of the transaction and will continue to be operated by Brant Publications, Inc.

The merger is subject to the approval of shareholders of ARTNEWS S.A.