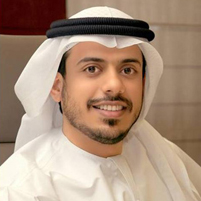 Since it’s initial announcement in 2006, the partnership between the The Solomon R. Guggenheim Foundation and the Abu Dhabi Tourism & Cultural Authority (TDIC) has been fraught, to put it sweetly, with concerns about the abuse of migrant farm workers in UAE, generating new headlines every year.

Despite what appear to be solid efforts to contain them, a 2012 Human Rights Watch report (Saadiyat: The Island of Happiness Revisited)  stated that abuses, though mitigated in part, continue.

And as recently as January, 2014  The New York Times wrote:

There has been some good news in the years since. According to the second PricewaterhouseCoopers report, released this December, a hundred per cent of interviewees were said to have “free access” to their passports by September, 2013, up from only fifty-two per cent in April, 2013. The report also found that wage deductions are a much diminished problem, and that ninety-two per cent of T.D.I.C. workers said that they live in the Saadiyat Accommodation Village, up from sixty-one per cent in April.”

Still, the story states, “relocation fees are more widespread than ever.”

Yesterday, The Art Machine (TAM) posted this story, wondering if the process of actually building the museum were not stymied by attempts to reign in abuses.

Now, in the interest of research, TAM has cobbled together a chronological reading list for those who are genuinely interested in understanding and following the story.

“We are proud to be part of this historic project in Abu Dhabi,” said William Mack, Chairman, Solomon R. Guggenheim Foundation. “We believe that the Saadiyat Island Cultural District will be a remarkable collaboration that can change history for so many reasons. Our partnership goes back a brief two years, when visionary leaders imagined Abu Dhabi becoming a magnet at the center of the world, where art, culture and commerce could work together to create a new future. We are grateful to Thomas Krens for making the Guggenheim an integral part of this extraordinary endeavor.”

You may have asked yourself why the Guggenheim is willing to lend its name to a project which continues to breed human rights conflicts. Why is it crucial to expand the museum’s presence to Abu Dhabi even in the face of seemingly ungovernable human rights abuses?  Good questions! TAM reached out to the Guggenheim this week and received word that answers could be found on their site.

Now, most of us know better than to rummage through branded rhetoric for answers to the deeper issues of our day, especially those surrounding the equation of tourism and cultural edification, financial gain, and complicity in the abuse of migrant workers.

But, for now, I supply this link to the Guggenheim’s “curatorial concept” for the future museum:

“The Guggenheim Abu Dhabi is being developed in collaboration with The Solomon R. Guggenheim Foundation which, since its founding in 1937, has promoted the understanding and appreciation of art, architecture, and other manifestations of visual culture, primarily of the modern and contemporary periods.”

“The permanent collection display and temporary exhibitions will both recognize unique contributions to art history and underscore the interconnected dynamics and fundamentally transnational nature of contemporary art practice. Major art-historical movements will be surveyed through the lens of a transnational understanding of world cultures.”

Guggenheim Abu Dhabi was designed by Frank Gehry, who calls it “intentionally ‘messy,’ moving into clarity.”

The museum’s site supplies a link to a bio
and to Gehry Partners, LLP.

In 2009, the Guggenheim put together an exhibit (The Guggenheim: The Making of a Museum November 17, 2009–February 4, 2010) that  showed off it’s new endeavor in Abu Dhabi: by September, 2010, they found it necessary to issue a joint statement with the TDIC repeating their commitment to “ensuring that all contractors and subcontractors involved in the construction of the Guggenheim Abu Dhabi Museum are contractually bound to comply with the EPP and UAE laws.”

“The Guggenheim recognizes the important steps that TDIC has taken by developing the Employment Practices Policy (EPP), a document that sets out workers rights and employment practices and standards that will be applied at the Guggenheim Abu Dhabi Museum site and across TDIC projects on Saadiyat Island, including the museums on Saadiyat Island’s cultural district.  TDIC has also built a high quality, modern construction village to international standards.  TDIC is working closely with UAE government agencies and other relevant UAE bodies on labor issues and is committed to ensuring that all contractors and subcontractors involved in the construction of the Guggenheim Abu Dhabi Museum are contractually bound to comply with the EPP and UAE laws.”

“(New York) – The boycott by leading artists of Guggenheim-Abu Dhabi on March 17, 2011, is a major step toward focusing attention on the exploitation of foreign migrant workers building the museum on Saadiyat Island, the United Arab Emirates, Human Rights Watch said today.”

Guggenheim Responds to Proposed Artist Boycott
“Mar 23, 2011 – Up until now we have not been briefed on such details by TDIC, our partner in Abu Dhabi.”

The Art Machine, February 2014
Is Gugg Abu-Dhabi in Check?
http://wp.me/pQCRE-vg

Error: Twitter did not respond. Please wait a few minutes and refresh this page.