For a while now, art sales online have been dogged by a reputation for the cheese, while the “democratization” of art is decried as wishful thinking applied to fortuitous collections of largely worthless prints, copies, and toys.

From Etsy to Artsy, most sites which seek to sell artwork digitally have fallen short in the curatorial areas of consistent quality and cultural relevancy. This is due mostly to the crowd-sourcing models used by a majority of art hubs which, realistically can’t operate as national and global stores and still make good old fashioned studio visits.

Most internet art marketing sites only vet artwork digitally (when they do so at all) — and even then, only after it appears in jpeg form on their server, buried amongst a million other distractingly bad entries.
Solutions like sidebars, or profiles with “featured” artists, can imply a curatorial stamp of approval, but they still fail to impose dignity upon an arena where skulls and kittens still dominate. Even sites which sell artwork rendered by big name artists do so by offering a slender collection of works on paper, making limited edition prints the best work available to digital shoppers.

All this is to say that the online art market has been the realm of the amateur, the opportunist, the hobbyist, and the philistine — until very recently when a handful of sites have cropped up to serve the serious collector.
Focusing mainly on secondary market works, these sites seem to have in common a model that provides a forum for collectors to engage other collectors. The best also stress careful vetting and sound expert advice. 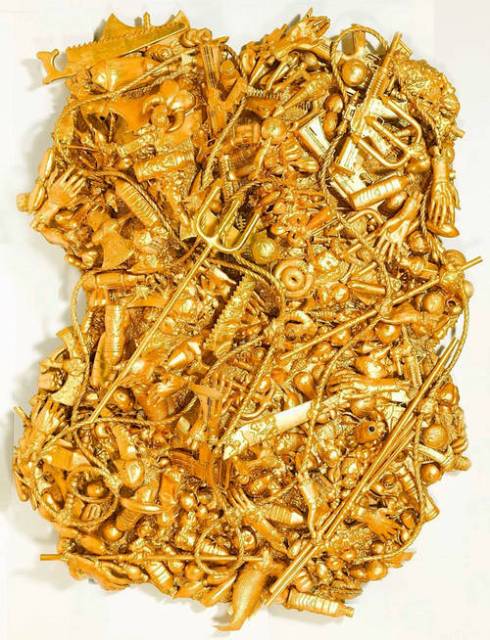 Spotlist  started in Germany as a retail outlet for languishing art. Founded by Greg Linn and Clayton Press, of Linn Press Art Advisory Services, Spotlist is run entirely by the two partners, who curate the offerings, design, run and maintain the site, and offer feedback. It’s a sort of mom n’ pop shop of high quality secondary market works of proven provenance — less snooty than your average auction house but less inclusive than your crowd-sourced art portals!

Artviatic  calls itself “the first international peer-to-peer platform for private sales” and lists only “exceptional” works valued at over 150,000 euros. They also provide other services such as private viewings, and valuation.