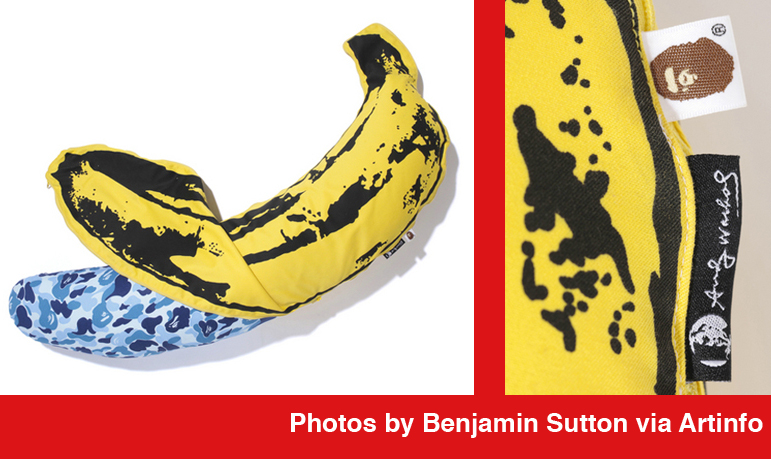 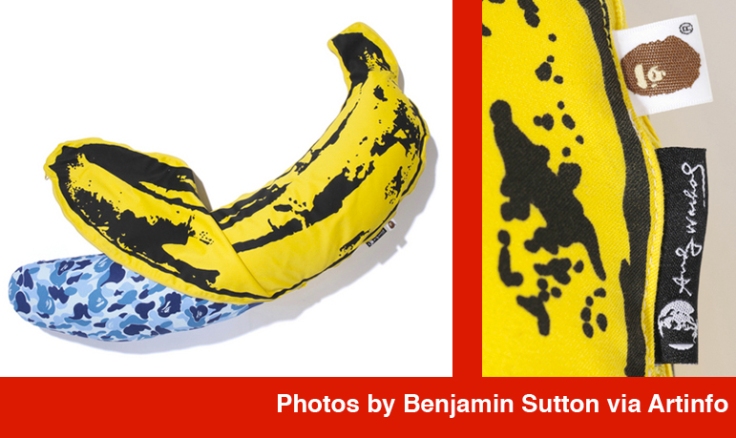 One has to wonder at the timing involved in The Andy Warhol Foundation’s latest licensing of the famous 1967 Velvet Underground & Nico banana graphic to toy manufacturers Medicom Toy and popular Japanese urbanwear designers, A Bathing Ape. The trio has partnered to create the the BAPE CAMO BANANA pillow, designed with the legally contested banana graphic as a zip off cover. The pillow is available in three sizes and unzips to reveal A Bathing Ape’s signature green, pink, or blue camo. An indiscrete side seam features both the AWF Andy Signature label and BAPE label.

Given the January 11th lawsuit which lays claim to the graphic which was brought against The Andy Warhol Foundation  by The Velevet Underground’s Lou Reed and John Cale, this new licensing deal begs the question of whether it is a strategy to stake out a stronger legal claim to the banana graphic, an in-your-face jibe, or simply an ironically timed merchandising opportunity?